Gabion Wall
The word "gabion" comes from an old Italian word, gabbione, which means "big cage." Early stone cages protected the banks of the Nile some 7,000 years ago. In the Middle Ages, gabions were used as military fortresses. In earlier history, civil engineers used gabion nets extensively to stabilize erosion of river banks, coasts, highways, and slopes. From the banks of the river Nile to the present day, gabion walls are a landscaping benefit. It has been used for several years as a gravity retaining structure, resulting in an attractive, efficient and inexpensive wall system.
Gabion walls should not be confused with fortresses, which are usually gabions lined with geotextiles, allowing geotextiles to be filled with granular soil filling, instead of rock.
The main role of the stone cage wall is to stabilize the soil behind the wall, but it can also be used as a covering wall. The walls are made from baskets that are stacked in one or more rows depending on the height of the walls. The basket is caged and enclosed on all sides. They are made from galvanized hexagonal mesh and crushed stone that are placed in a basket. The fixed structure is formed by stacking gabion baskets according to the appropriate schedule and provides an alternative solution for concrete structures in the field of soil stabilization.

The advantages of stone cage wall

• Aesthetic -- The gabion walls look natural and use natural materials to suit the environment.
• Compatibility with the environment -- Using excavated materials, greatly reducing acquisition and transportation costs.
• Used as a cooling system in hot climates and provides cooling by air movement.
• Water permeability - the stone cage wall is permeable and will not be damaged by running water.
• The efficiency of gabion walls increases over time as vegetation fills the void and enhances the wall structure.
• Soil movement will not have a negative impact on gabion walls, which is an advantage over the harder structure.(reinforced concrete wall)
• Long life - Stones are commonly used materials due to their long life, durability and stability. Stone is usually chosen based on its aesthetic properties or the possibility of the material produced by the excavation.

• Well drained
Water can break walls, but not such walls. These walls allow water to drain away from the inside because there are gaps between the stones. You can control the flow of water to direct it to the drain. No matter how hard it rains, the walls will stand firm. Use this water to wash them clean and make them fresh and attractive. However, this also means that you can't use them on interior walls. The water doesn't affect them, but they can't stop it either. You should consider this before you build these walls.
• Gets stronger over time
Although most structures weaken over time, they do the opposite. As they grow older, they become stronger. No materials are used to hold them together. As a result, over time, the spaces between the stones became filled with silt and vegetation. This quality further strengthens the wall and ensures that even a wall that is hundreds of years old will not weaken and will be stronger than before.
Gabion wall is mainly used in road engineering, for example, road, embankment, retaining wall, slope protection, retaining wall, etc., and can have different functions:
• Establish barriers to prevent soil erosion along coasts and embankments
• Prevent landslides and scour
• Reduce water speed to prevent soil erosion
• Noise protection
• Beautifully fenced structure for the garden

Scan the QR code to read on your phone

We’ll serve each customer with quality products and competitive services. Welcome to visit us. 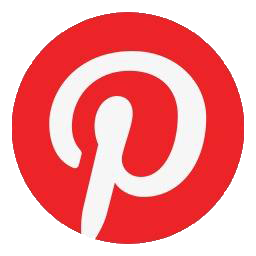 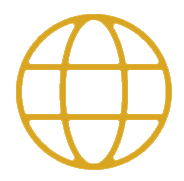 Welcome to visit us.